The Future of European diplomacy

Diplomacy is not a trade indigenous to modern European societies. From the earliest tribes to the most modern states, all forms of civilization have relied upon a select group of individuals to communicate with outsiders, in order to secure peace or enhance relations. Founded in 2010, the European External Action Service (EEAS) has served this very purpose, attempting to organize Europe’s diplomatic and military efforts to maximize their effect in a tumultuous world stage. It maintains representation in most nations around the globe, especially among those developing countries where aid efforts require extensive supranational cooperation. Given the decentralized nature of the EU, this “EU diplomatic corps” faces numerous challenges, with many observers remaining critical towards its overall effectiveness. However, looming demographic and economic crises call for a unified European approach to diplomacy, upon which Europe can stage its comeback to the forefront of the geopolitical scene.

A brief history of diplomacy

The roots of diplomacy as we have come to know it can be traced back to the first recorded treaties between Mesopotamian city-states in the third millennium BC, where envoys played a crucial role in ensuring peace and cooperation between the earliest forms of states. The bible, the most widely published book in human history, also makes extensive reference to the diplomatic relationships kept by Jewish tribes among each other and the exterior world. However, the first references to the profession of diplomat come from the advice recorded by the scholar Zhuangzi to Chinese diplomats in the third century BC. The use of French as a common language of diplomatic protocol, although recently displaced by English, arose from the hegemony of the language among the aristocratic class of Europe, which until recently formed the core of European diplomatic corps. It was not until the creation of the American republic that diplomats began being recruited from the general populous. Curiously, in a more modern setting, the soviet model of diplomacy was the final break from traditional backroom diplomatic dealings, as the USSR released all secret records of pre-war treaties, signaling a new age of international relations. Although the cold war saw the ultimate glorification of the diplomat-spy, immortalized in their numerous portrayals in popular media, their role was undeniable in keeping both nuclear superpowers from total destruction. Finally, the creation of the United Nations and the European Union led to the rise of supranational diplomacy, a unique concept that brought forth the highest form of internationalism.

Moreover, the recent naming of Josep Borrel, Spanish ex-minister of foreign affairs, as head of European diplomacy under the Van der Lien commission is the perfect catalyst to remember his country’s contribution to the European way of diplomatic management. Known to many as a rowdy and brave people, the Spanish seldom are associated with peace, being their most significant feats those related to the field of battle. However, with the appointment of a permanent representative to the English court in 1487, Spain’s predecessor kingdoms began a proud tradition of creating and fomenting diplomatic ties. One must keep in mind that these first envoys were embroiled in many espionage scandals, while still serving mostly to give a known face to the communications between both kingdoms in order to avoid conflict. The catholic nature of the land also led to the foundation in 1480 of the first physical embassy in the world, to the Holy See. All of these events took place during the rise of the Spanish empire, known mostly for its terrifying infantry and effective sailors. However, I would venture to say that diplomacy was ultimately the maximum force multiplier of Spain’s might, allowing it to cautiously balance allegiances to gain a tactical advantage on the world stage. A unified European approach to diplomacy would be wise to take note.

Current diplomatic challenges differ considerably from those at the turn of the century. Although relations with China and Russia still remain contentious issues, traditional European condescendence towards Africa is no longer an option. With tumultuous conflicts in the middle east and emerging superpowers further south, numerous, less apparent or historic threats emerge. Given the population size disparity, conventional military deterrence is no longer viable, and diplomacy must take the forefront to protect Europe’s interests in those regions. To quote American marine general “Mad dog” Mattis on this issue: “Either fund the state department, or i’ll have to buy more bullets.”

Firstly, the European approach towards China must be one of unified strength. As a relatively young player, China seems intent on extending their economic tentacles all over the world, especially in Africa, in what could be described as their unique form of neocolonialism. By offering struggling governments attractive loans in exchange for building permits for ports and vital infrastructure, China has managed to tighten its grip on many developing nations, making them subservient to their bidding. Moreover, the recent coronavirus outbreak has offered the eastern nation an opportunity to undermine European unity and shift attention away from their aggressive expansionary policies. The sight of Chinese relief flights landing in European airports to deliver humanitarian aid to strained nations, just as Germany and France unilaterally banned exports of medical supplies, led naïve observers to tout this gesture as a symbol of their solidarity.  However, this very gesture, coupled with the vile betrayal of European solidarity by the “European dream’s” most vociferous defenders, planted a powerful message, marking the weakness of the very institutions born to foment the solidarity among European peoples. Therefore, any future diplomatic ventures should ensure a cautious distancing from Beijing, maintaining European interests primordial.

However, although China’s geographical distance prevents top polarization among European member states, Russia’s proximity does not offer the same assurances. Although militarily and economically weakened, one would be wise to remember that many EU member states border the great bear and rightfully express their concern against aggressions, similar to those transpiring in eastern Ukraine. Moreover, the loosening of ties among NATO members leave the east vulnerable in terms of conventional military deterrence, which calls for joint European diplomatic efforts to strengthen dialogue with Russia and, in case of failure, assure European commitment to its eastern member states, vital to the legitimacy of the EU’s project.

Surprisingly, the election of Donald J. Trump as 45th president of the United States of America served as a sudden wake up call for those that still saw America as the inseparable ally of the European project. Moreover, Trump’s support of Brexit and numerous anti-European political movements have shown the first cracks in the hull of the NATO battleship. Although his actions and statements are still not sufficient to consider the USA a direct threat to global EU interests, they should act as a warning for Europe to start watching its back. On the other hand, Turkey, one of NATO’s historic members, has increasingly leveraged the refugee crisis in the middle east to pressure Europe into accepting their transgressions into Syrian territory, by which they perpetuate a dramatic humanitarian disaster. This trial is vital, and will serve to show whether the EU can stand in defense of its own interests, regardless of other bounding alliances that might increasingly prove disruptive.

Ultimately, Europe’s biggest hurdle to achieve effective foreign policy remains interior. Brexit was traumatic, and a clear major setback, but deeper issues are still afloat. France, for now an undeniable world player, has not realized that it punches above its weight, as demographic and economic struggles commence to creep to the surface. They must acknowledge the volatile nature of the current geo-political situation, and understand that exorbitantly expensive aircraft carriers and nuclear arsenals no longer ensure global hegemony. European unity will prove France’s only savior if they wish to remain globally relevant. Germany’s case is much the same, with the exception of the military-power charade. Having greatly benefited from the creation of a single European market, it appears to have developed an institutional condescendence towards its closest European partners, which inevitably creates resentment among eastern and southern Europeans and undermines all future initiatives. Alongside burgeoning anti-europe populist movements throughout, these remain our greatest challenges. The future calls not for nostalgic quarreling, but rather decisive action. 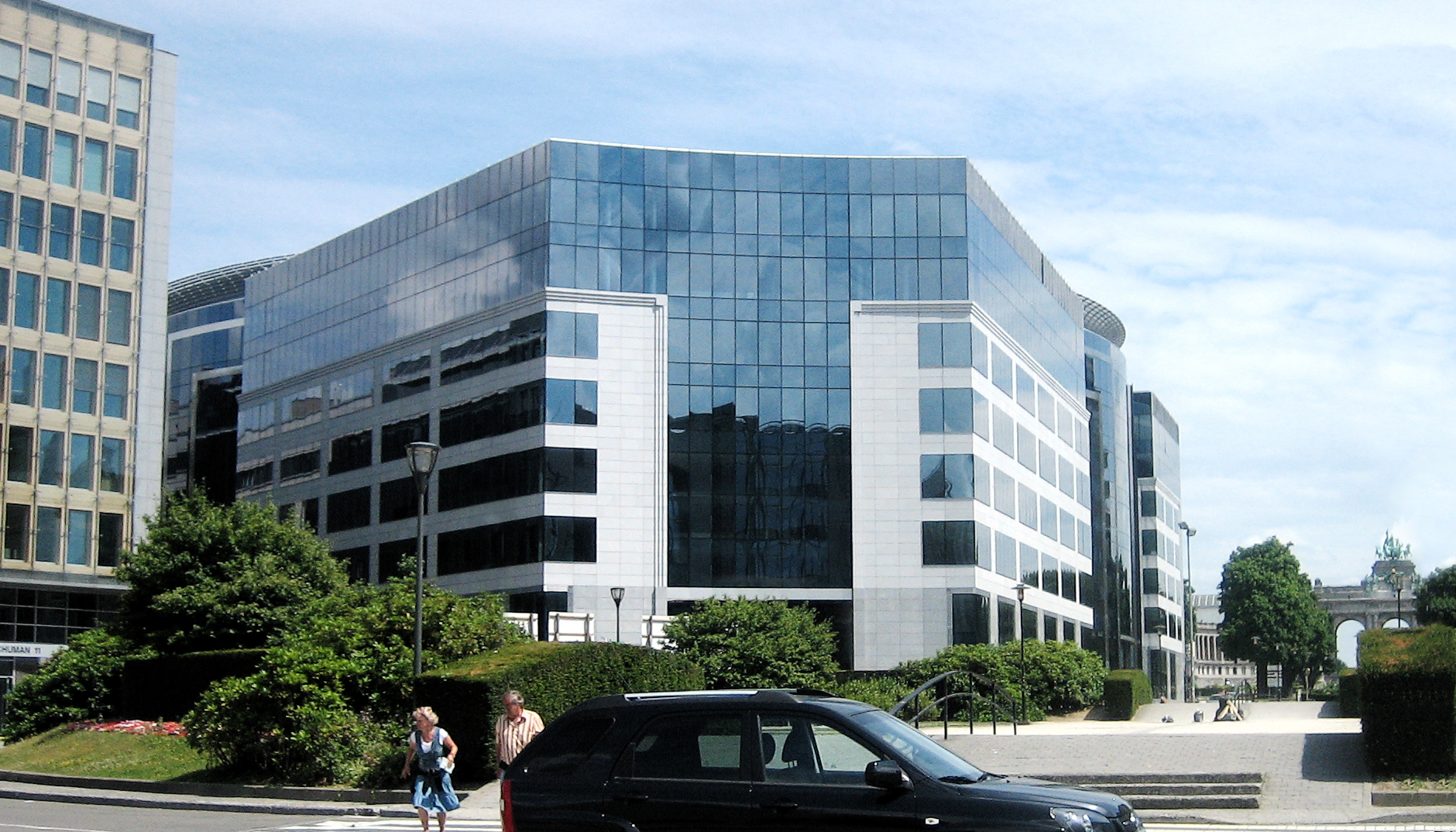 The Belgian home of european diplomacy.

If Europe wishes to survive in the harsh wilderness of the world stage, it must rethink both its position and objectives. The union’s new goals should seek to create a network of both economic and military partners in the most unstable regions of the world to foment deterrence of the most pressing threats. This does not call for an acceptance of murderous regimes nor of unviable governments, but rather a flexibilization of the way Europe conducts diplomacy, turning away from the conventional trade agreement towards more unofficial mutual help schemes. The aid provided to Ukraine in order to deter Russian aggression, although mostly ineffective due to its scarcity, gave a glimpse of hope of what could be achieved with sufficient finding and cooperation. Moreover, Europe’s current demographic decline and shrinking influence calls for the only rational solution, unification. Although a federation of European states is not yet within sight, nor perhaps the best solution, a singular foreign policy approach is key. Even though it has been put to the test by crisis upon crisis, and still fails to convince all observes, the euro monetary union proved that large scale policy delegation could be achieved, paving the way for a radical shift of responsibility away from national foreign ministries towards the EEAS.

However, the thought that Europe can device a grand, one-size-fits-all, strategy for the whole world is a fluke. In a modern world, where, according to experts, conflict and competition are a constant upon which the powers of tomorrow extend their spheres of influence, Europe should foremost invest in its diplomats. Arm them with the tools and leeway to effectively and dynamically shape relations and opinions; for a trained diplomat with a bag of cash and a smile in an unstable region can project more strength and create more deterrence than the most advanced of aircraft carriers.

Third-year student of Economics from Getxo, Spain. After leading Rostra's Marketing throughout 2020 and sitting on the magazine's editorial board, he now heads SEFA's Student-Politics committee. He serves as Chairman of the Faculty of Economics and Business Student Council. His academic interests encompass finance, political economy and the future of Christian Democracy.