The #MeToo movement has opened many doors for women – giving them a safe environment to come forward, testify, and wield the hammer of justice. Cases like Harvey Weinstein, Al Franken, and 200 more, exemplify the power women have regained to topple these men from their thrones. However, it seems the roots of the #MeToo movement have started to wither and lose their ground.

It has been three years since the initial #MeToo tweets, yet we still feel its power to this day. In most recent events, Harvey Weinstein—the straw that broke the camel’s back—was finally convicted in the state of New York on February 24th, 2020 for sexual assault. The #MeToo Movement also shed light into one of the most horrific child and women sex crimes in United States history conducted by Jeffery Epstein. Many women in Epstein’s case came forward years ago yet claim that it wasn’t until #MeToo that they were given a voice and encouraged to come forward with their harrowing stories.

This movement—for many women and men—has become far more than just a hashtag. It is now coined as a cultural revolution to not only promote strength and acceptance to survivors and women alike but also to educate men of wrongdoings. It is safe to say that the MeToo Movement will not disappear any time soon with more cases continuously arising.

It seems every few months there is a new spotlight shone on the latest MeToo case. In April 2020, just after he was chosen as the democratic candidate, Joe Biden became the next MeToo sensation. Or at least, as a presidential candidate, one would have assumed that this story would receive a sensational amount of media and news coverage. However, it seems as if the media has gone quiet on Tara Reade’s allegations and is focusing solely on Coronavirus and the BLM movement.

There are important issues constantly arising in the United States, however, as a prospective candidate running for president in the upcoming fall, surely sexual allegations brought up by Tara Reade deserves some sort of coverage. Unfortunately for Joe Biden, it is not the first time the public has heard a story of a predominantly powerful man who abuses their power and seeks gratification with women—Bill Clinton and Donald Trump being prime examples.

In Joe Biden’s case, Tara Reade came forward expressing her alleged assault that happened in 1993. Reade’s is not the first person to contest Biden seeing as seven other women also expressed their displeasure working with Biden. These women, however, were not sexually assaulted or harassed, simply uncomfortable. 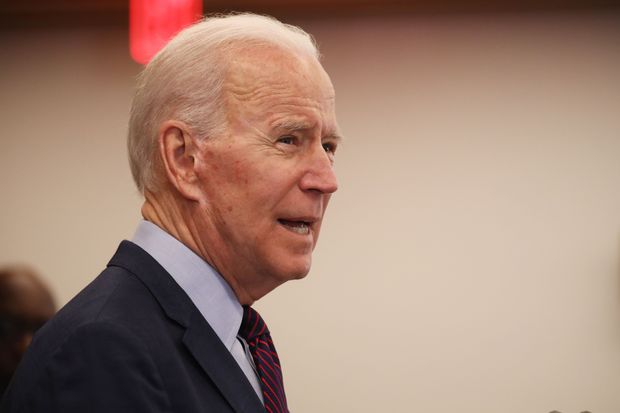 It is important to understand that Joe Biden—like all other men who have been targeted by the MeToo Movement—needs to be looked at in a subjective matter. Tara Reade’s allegations are under investigation—however, there has been a lack of media attention with the last known article being written in May.

So far the investigation has brought the following evidence:  First, Ms. Reade came forward in 2019 accusing Biden of inappropriate touching, hugging, kissing, etc. It was not until April of 2020 that she elaborated on sexual assault. Second, three people have backed her account of the assault that supposedly transpired in 1993. They all agree that Reade told them of the infamous skirt that Biden pushed upwards to gain access of Reade. However, none of them are eyewitnesses of the assault. Third, Tara Reade’s mother made a phone call in 1993 to CNN host Larry King claiming that her daughter left a job in Washington DC after having problems with a prominent senator. And finally, Tara Reade claims that there are records of her complaints that can be used as evidence, however, they are being held by the University of Delaware. There are other forms of evidence that are progressively arising, such as divorce papers that imply that Tara Reade’s former husband made a statement saying “[Tara] related a problem she was having at work regarding sexual harassment in U.S. Senator Joe Biden’s office.”

There have been several people that have accounted for Tara Reade’s allegation, yet the media seems to have flipped the coin. This is the moment people should be outraged and seeking justice for Tara Reade as they sought justice for hundreds of other women who came forward with their own allegations. However, The New York Times emphasizes these statements when writing about Tara Reade, “…No eyewitnesses to the encounter. And with nearly three decades passed, memories of staff members from that time have grown hazy.”

Let us not forget when the New York Times wrote an extensive article about Deborah Ramirez who accused Brett Kavanaugh of sexual misconduct in 1983. Or Christine Blasey Ford and how her credibility was continuously “under attack.” Many media sources are using the same terms that were once used by Republicans who defended Brett Kavanaugh. Terms and phrases such as “hazy memories,” “convenient,” “to affect the democratic process.”

The New York Times finally released their expo on Tara Reade after continuously defending Joe Biden. Titled articles such as “The Allegation is on Joe Biden, but the Burden is on Women,” truly encapsulates how the media and officials will discredit women and push them away if their allegations do not fit their political agenda. It is disheartening to witness powerful political officials such as Nancy Pelosi, Hillary Clinton, Stacey Abrams, and more, defend Joe Biden and his integrity. Especially after they have all continuously advocated for women to be believed when they come forward with allegations and men to be constantly contested even when minimal evidence is presented.

The #MeToo movement is about believing the woman—believing that what they went through truly happened. It is a foundation for the movement that made hundreds of women gather their strength to come forward with their own experiences. It’s very easy for people to point fingers and ask hundreds of uncomfortable questions—but that’s the job solely left in the courtroom. Women already undergo horrendous pressure from the media, peers, etc. when they come forward with their stories of abuse and assault. The MeToo Movement is meant to hold these women up to show that their voices will not be ignored or drowned by the crumbling pressure around them.

So why are people ignoring this woman? Why is Tara Reade’s story not important to listen to? Her story has received minimal news coverage when compared to other sexual allegations that have been brought into the public’s eye. Whatever your political affiliation may be, it should not have the power to influence hypocrisy. Yet, people who protested and marched to the White House against Brett Kavanagh are now remaining silent. People who were appalled by Weinstein being protected, are now protecting Biden. People who don’t want to believe this would happen in the Democratic party have completely forgotten about Bill Clinton.

If believing in the #MeToo movement means picking and choosing which woman belongs in the spotlight and which men are allowed to be toppled, then maybe the MeToo movement has lost its roots. Could it be that it runs on an agenda like almost everything else in the USA? Maybe, something darker is sprouting where it used to grow.