Behind Avocados: The ‘Green Gold’

Do you care about the environment but also include avocados on your healthy menu? It is possible that you are cooperating with narco crimes in Mexico, leaving people without water in Chile, and deforestation where the fruit is planted.

The Economist named 2019 as the ‘Vegan year’ after a market analysis.  As predicted, veganism and vegetarianism have grown in significance in different economic sectors. These growing trends, along with the hype around avocado as a superfood, led to the avocado boom.

Avocado is often called a superfood due to its nutritional density and health benefits. Avocados contain vitamins A, B, C, E, and K, plus 25 essential nutrients. The fruit unsaturated fats help the stability of heart and reduce cholesterol. The versatility of the good goes beyond the nutritious advantages, avocado is a great source of vitamin E which is ideal for skincare, for example. Hence, apart from the food industry, avocado is reaching the pharmaceutical and the cosmetic industry.

During the last years, the consumption of avocados in Europe and the rest of the world skyrocketed and continues growing. The Netherlands, with the increasing demand, became the major supplier in Europe, however, the country was not able to deal with the shortage. Rapidly, developing countries such as Chile and Mexico were to respond to the excess of demand.

The global market of avocado was worth 9.29 billion US dollars last year. Latin American countries are at the top in the production and exportation of avocado. Surprisingly, Mexico has half of the avocado world market country followed by Peru and Chile with about 10%. On the other hand, the main importers are the US and Europe with 45% and 39%, respectively.

Paradoxically, the Netherlands is the major exporter and importer of avocados in Europe. But, about 80% of the avocado imports are re-exported to other European states, while the rest aimed for own consumption.

The huge global demand for avocado turns this market into a lucrative one, such that avocado is known as ‘the green gold’.

Mexico and the ‘green gold’

Despite the fact that Mexico is the world’s main exporter of avocados with a market share above 50%, a part of Mexico does not think of avocado as the ‘green gold’. Its popularity in the rest of the world has triggered a criminal war to control its production and distribution.

In the last years, profit capital inflows were higher from avocado than oil. This is the reason why small and medium producers are the targets of criminal organizations. Avocado producers face theft of merchandise, machinery and equipment, assaults, kidnappings, extortion, displacements and are even victims of drug trafficking. Extortive practices of organized crime force avocado farmers to pay “a fee” to prevent their family members from being kidnapped or killed.

Most of the Mexican avocado crops are located in the state of Michoacán. Its volcanic and fertile soil provides the ideal conditions for the production of the fruit. Nonetheless, the state is repleted with narco cartels which are known for high brutality of its crimes. Last August, seven corpses were found in front of a mall in Uruapan, an important city of Michoacán. Some of them were hanging from a bridge, while others were dismembered and spread throughout the area.  Reports highlighted that the crime was a result of the dispute among the cartels of  Jalisco Nueva Generacion, Los Caballeros Templarios and La Nueva Familia Michoacana. 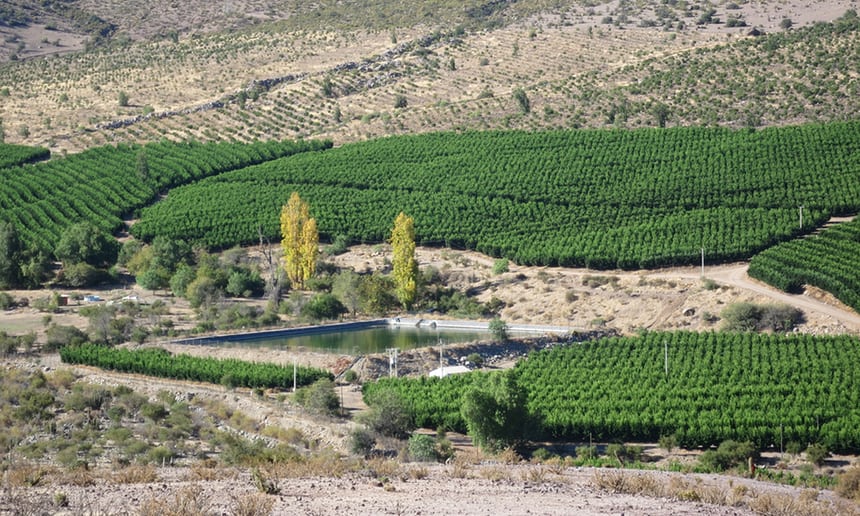 A great part of Chile is dry and desertic. Still, the country is one of the major producers of avocado, while: this fruit requires a huge amount of water. To allow for the cultivation of avocados, a large irrigation structure is needed, which is extremely violent for the local environment.

The state of Petorca is one of the most important agricultural regions. Here, rain is a rare phenomenon. Despite the drought, companies are still producing avocados because it brings money. The avocados are cultivated using groundwater. The agricultural companies have enough money to build deeper and deeper wells to export their avocados.

This led to a big problem for the water supply in Petorca. Since the available water in the region is used for avocados’ plantations. Citizens obtain drinking water from the private company, Esval, which is scarce for inhabitants daily activities and expensive for their budget.

In Chile since the late 1990s, water became a freely marketable good. Water sources and its management have private ownership. Now, water rights are concentrated in the hands of a few large companies in the agricultural, mining and forestry sectors.

The intensive use of water, the excess of property rights to agricultural consortiums and the illegal extraction exert enormous pressure. The basin of local rivers is over-exploited. Furthermore, the local flora and fauna are negatively affected, as well as small farmers and ‘just under 10,000’ inhabitants.

The problem lies on the massive demand for any good and the lack of regulations. The supply-side tries to exploit the shortage. Yet, in many cases, it leads to overproduction and encourages undesired behaviour. Suppliers will seek to reduce costs without considering the negative externalities.

How the Crisis Broke Us Previous
Peru's Political Uncertainty Next